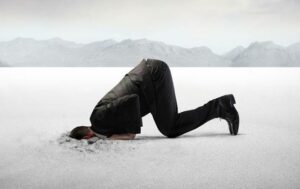 At a recent conference Salesforce.com’s Peter Coffee pointed out that Google searches for the term ‘cloud computing’ has been declining over the past few years. Does this mean people aren’t interested in the cloud anymore or are IT departments just dragging their feet?

In a series of Tweets, Gartner’s Lydia Leong said that, far from being finished with cloud implementations, many IT personnel don’t even really understand cloud computing.

She went on to say that many IT organizations fail to understand the key characteristics of cloud computing and, as a result, fall far short of actually operating real cloud environments.

The 451 Group recently published the results of a survey regarding server automation and configuration and they found that more than 25 percent of all respondents had no cloud implementation plan at all, while nearly one-third were six or more months away from providing server automation.

Another survey, presented at the recent OpenStack Summit concluded that progress for internal IT groups implementing cloud computing is mixed at best.

Dissatisfied with the tardy pace of internal IT, developers and business units are turning to AWS and other public cloud service providers at an increasing rate. Far from indicating a lack of enthusiasm or fatigue regarding cloud computing, the growing number specific searches for terms such as “Amazon Web Services,” suggest that cloud computing interest isn’t waning after all.

Despite the endless discussion by vendors and in the trade press about how corporations will soon end their dalliance with public cloud computing and return to internally hosted cloud environments, the reality is that IT users are rapidly adopting public cloud computing. Given the slow progress of internally implemented solutions, expect this trend to continue to explode.

Unless IT steps up the pace of implementation, the next five years will be a period of intense pain for IT organizations as they try to find a new role that keeps them relevant to users, who will continue embrace providers more responsive to their needs.

Considering the number of companies out there who can develop cloud-based services and implementations for you, not understanding every detail and nuance of cloud computing isn’t an excuse anymore. Check out the AWS list of technology partners (or any other cloud services provider) and you’ll find companies like Burnside Digital or…well there are dozens of others who will be more than happy to help.

Do you have what it takes to be an entrepreneur?