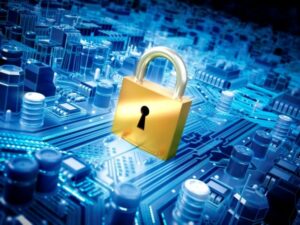 These days it seems like the cyber bad guys are everywhere and they are winning. In an effort to assuage fears (and hopefully protect enterprises more efficiently) both IBM and Symantec have announced new cybersecurity offerings.

According to announcements made today IBM will be rolling out the IBM Threat Protection System and the Critical Data Protection Program, both geared toward protecting the enterprise. IBM has been working on these products for the past two years aided by the acquisition of companies such as Guardium, Q1 Labs, Trusteer, Watchfire, Ounce Labs, and Fiberlink/MaaS360.

According to an article by Natalie Gagliordi posted on ZDNet, “The Threat Protection System leverages security intelligence and behavioral analytics to disrupt attacks by going beyond traditional defenses and firewalls. The program’s end-to-end architecture is built on three pillars: Prevention via the malware blocking Trusteer Apex software; Detection via the QRadar Security Intelligence platform; and Response via the newly formed Security QRadar Incident Forensics.

“MSS-ATP becomes available in June as a managed service that aims to reduce the time it takes to detect, prioritize and respond to security incidents. The service accomplishes that task by producing integration between its endpoint security and third-party network security vendors’ products,” says Gagliordi. “Symantec’s Advanced Threat Protection Solution, which is scheduled to be in beta testing within six months and generally available within the next 12 months. Symantec said the end-to-end solution will deliver integrated advanced threat protection across the endpoint, email and gateway to provide critical detection and response capabilities at each respective control point.”

While security is definitely a good thing it’s hard to imagine that simply signing a contract and writing a big check is going to be enough to protect a large enterprise from all attacks – particularly in this interconnected world where venders, customers and employees all need access to data at varying levels. Or when third-party products, tools, operating systems and even the security products themselves seem to be springing leaks. Everyone needs to keep in mind that security is an ongoing process that has to be part of everyone’s standard operating procedure and not just a one-stop solution.

You can read the ZDNet article here.