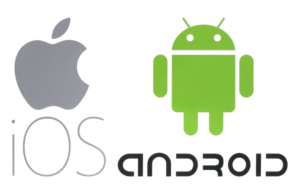 These differences can sometimes make selection difficult. If you’re thinking of buying a smartphone soon, there are some pros and cons for each OS that need to be considered. Let’s take a look so you can make an informed decision.

Apple launched the iOS, then called it the iPhone OS, in June 2007. The first version was named OS 1 and came with the very first iPhone. Since then, the operating system has undergone major upgrades, with Apple currently releasing a new iOS version every summer. The following are the key advantages and disadvantages of the OS:

1. Always up to date

As already mentioned, Apple’s operating system gets an update every summer.

Currently, they’re at iOS version 12.1.4. If you work backward, you’ll find that it adds up – it’s been 12 years since the first iOS was released and now, they’re at version 12!

These regular updates bring users the latest features and provide a gratifying experience.

The platform’s improved security is partially a result of the regular updates the iOS gets.

A new OS version typically comes with all the issues in the previous version fixed.

Another contributing factor is the highly-curated app store. Since all the apps in the Apple App store are screened, and you can’t download apps from outside the app store, chances of a malicious infection are minimal.

Compared to the support provided by Android, iOS user support is light years ahead.Not only do users enjoy iCloud support with up to 5GB storage capacity, but any issues can also easily be reported and are addressed right away. If support is one of your key expectations, you don’t even have to think about this twice with Apple.

4. Support for the disabled

Finally, recent versions of iOS have also been designed to assist people with disabilities. From the blind to those with hearing problems, the app includes features designed to make using Apple phones easier. “Be My Eyes” and “Dragon Dictation,” for instance, is designed to help those with vision problems.

Today’s users love to capture every moment of their lives and store them as photos and videos on their phones. Many also store games, movies, and other memory-heavy resources on their phones. While Android allows users to expand storage capacity so they can store as many of these resources as possible, with the iPhone, there’s no room for expansion.

iPhones are designed in such a way that you cannot install apps from anywhere else other than the Apple App Store. While this comes with security advantages as mentioned above, it also seriously limits users. If you find a nice, useful application out there that you’d like to have, unless it’s on the Apple App Store, you can forget about it.

This is another major downside of the Apple operating system. Unlike with Android where you can freely customize your OS to suit your tastes, Apple has made it impossible to make any significant changes to their devices. The furthest you can go is changing your wallpapers and, as you’d guess, all the good ones come at a fee!

Currently, at Version 9 (code-named Android Pie), the story of Android started back in 2003 as an operating system for cameras. The camera OS is what was redeveloped to become the popular smartphone OS we know today. Google later acquired Android in 2005 and three years later, the first Android smartphone, the T-Mobile G1, was released.

A key advantage of open source software is that you’ll find many different versions of the same software out there – the perfect way to solve different users’ problems concurrently. Android, which runs on Linux kernel, is currently available in multiple different forms to meet the needs of different demographics.

Apple limits users to just one phone – the iPhone. This doesn’t take anything away from the iPhone, as it’s a top of the line phone. However, variety is precious. When people have options to choose from, they feel empowered. The majority of smartphones, including Samsung, Nokia, Huawei, and Oppo, all run on Android. This gives users options.

Owing to its open-source nature, Android has opened the doors to developers, and this freedom has been a huge blessing for users as each developer is allowed to bring their creations to the table. Look at phones from Samsung and Nokia, for instance. They come with widely varying features! Even the number of apps in the Google app store is much higher compared to those on the Apple app store.

Granted, some of the top Android devices are still expensive. However, the majority of Android phones are very cheap compared to their iPhone counterparts. Samsung flagship devices, for instance, are just as expensive as Apple’s top of the line devices.

However, down the chain, Samsung also has devices at around the $200 mark, something that’s not true for iPhones.

Being open-source is great, but it also opens up the Android platform to all kinds of unsafe apps. You may download an app that could go on to compromise the functionality of your device, or worse still, open loopholes for malicious activity such as data mining.

2. No support for the disabled

Unlike the iOS which has created features targeted at assisting persons with disabilities, Google’s Android doesn’t have any such features, yet. This makes the phones difficult to use for people with hearing issues, vision problems, and other disabilities.

Finally, Android’s support leaves a lot to be desired. If you run into a problem in the Google app store, for instance, you’ll struggle to get any help. The same applies if your phone has a software problem. Unless it’s a flagship device, getting the issue addressed could take forever.

As you can see, both operating systems have strengths and weaknesses; neither is perfect. It’s now up to you to carefully consider the pros and cons and make the right decision based on your needs.

Best Ways To Showcase Your Product on E-commerce Store