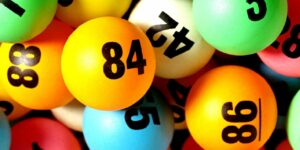 Bingo originates from Italy, but much like many other phenomena that came from elsewhere was wholeheartedly adopted in the UK and is widely regarded as a traditional game in Britain, played and loved by millions. Many see bingo as a game of the past, but recent reports show that Brits play more bingo than they play tennis.

The popularity of bingo started growing after the WWII, and bingo halls started popping up all over the country. At one point there were over 650, some say even 700 bingo halls in the UK. The number of open bingo halls is in continuous decline and towards the end of 2018, it dropped to only about 350. That’s a serious decline and it may seem that people in the UK are no longer playing bingo, or at least that they are not playing as much as they used to. But that is in no way the case. People might be playing more bingo, but the way they play it has changed, it seems irreversible.

There were doubts at first

Namely, the trend of decrease in the number of open bingo halls coincides with the establishment of the first online bingo sites. Towards the mid-2000s there were already options for those who wanted to play online. There are at least a few reasons why a player would prefer to play online, as opposed to playing at a land-based bingo hall.

Firstly, we have the convenience moment – it is a lot more convenient to play online, you won’t have to leave your home and nowadays there’s even an option to play bingo on your mobile and that way you can play bingo wherever you are, whenever you want.

The social element of bingo

People tend to choose the option that’s more convenient and playing from the comfort of your own home is a lot less hassle. Bingo, or to be more specific playing bingo isn’t just about the actual gameplay. Bingo halls used to be places where people from one neighbourhood, from one community, would gather and socialise. Many thought that online bingo wouldn’t capture that element, i.e. that people wouldn’t get a chance to socialise with each other when they’re playing online.

Plus, when online bingo emerged as an option, a large fraction of bingo fans weren’t familiar with the new technology and it seemed that older folks will not get accustomed to the internet of things. Turned out they can, nowadays senior citizens don’t go anywhere without their smartphones.

Bingo is here to stay – all hail the internet

Up until recently, bingo in the UK meant 90-ball bingo. Brits generally weren’t familiar with other variants of the game. It was 90-ball bingo only as this was the variant that bingo halls in the country offered. On the other side of the Atlantic bingo fans usually played 75-ball bingo and online bingo sites gave people an opportunity to familiarise themselves with another bingo variant.

And it’s not just these two variants that are now played and available at various bingo sites. Fans of bingo also get to play 80-ball bingo which is a sort of a mashup, a mixture of 90-ball bingo and 75-ball bingo, then there is 52-ball bingo and 30-ball bingo, also known as instance bingo.

When you’re playing online you also get a lot of opportunities in terms of ticket prize, namely, there are games in which you can participate with just a single penny, but there are more expensive games as well.

The popularity of online bingo has been on the rise since the day the first site was launched and it’s not just existing fans of bingo that moved online, many who previously weren’t interested in bingo start playing bingo online.

Online bingo sites also motivated conventional bingo providers to introduce novelties in order to stay dynamic and remain attractive for their target audience. In London, and other cities throughout the UK, bingo games are taking place at non-conventional venues, including restaurants and clubs. And these are no ordinary bingo games, other activities are usually added in the mix, there are bingo quizzes, bingo dance-offs and many more.

There might have been some doubts over the future of this ancient game, but it is pretty clear that bingo is here to stay. The situation with online casinos is quite similar, online casinos are slowly replacing land-based casinos in Britain. In short, the internet can help preserve older traditions.